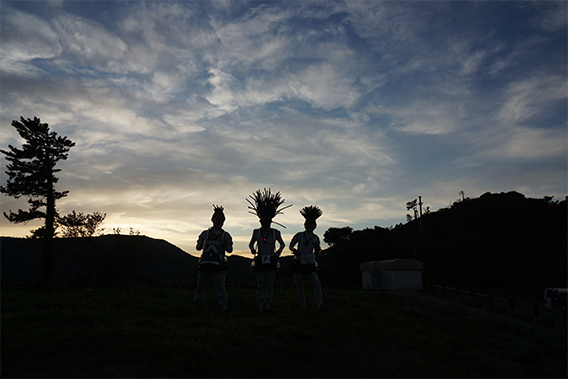 TICOBO is an incomparable percussion performance group which was established by Tomo Yamaguchi.

TICOBO consists of three of TOMO OFFICE artists who wears an alien like costumes, and play various original percussions which made by obsolete materials. TICOBO’s show is structured by several numbers not only percussion ensembles but also Japanese fork songs and skit like performances by peculiar way. Sometimes it’s progressive, and sometimes it’s comical. Up to present date, TICOBO has been appeared on live event, concert, TV show (which were widely broadcasted across Japan).In addition TICOBO organizes the workshop of their orijinal percussion instrument.