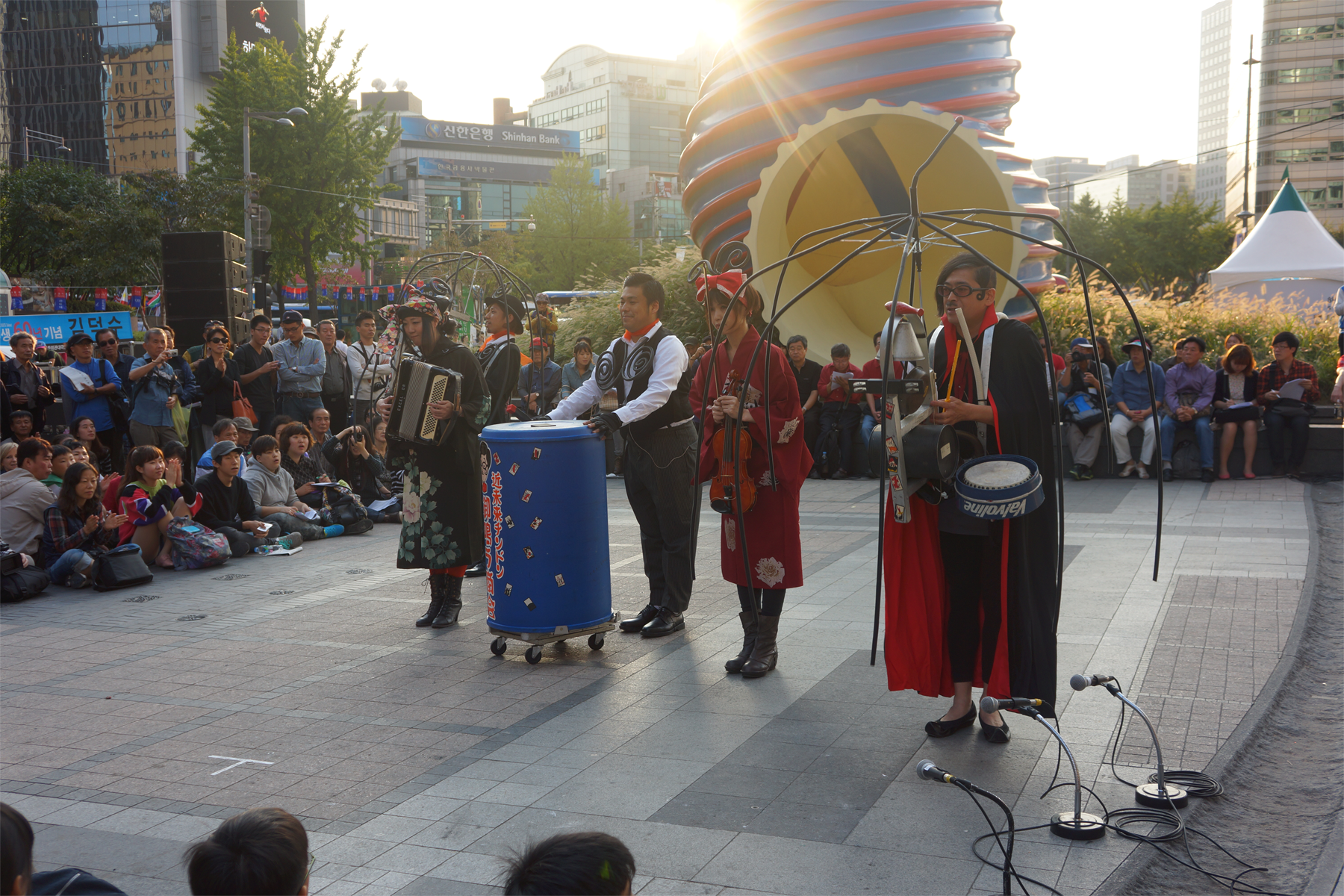 Original Junk Instruments (Ticobo?) × Japanese Traditional Instruments = “Near-future-Chindon” That is to say O-Na-Ra SHOUKAI !! Ticobo meets “Hentekorin”, which consists two women musicians, one is violinist, another is accordion player. This is perfect marriage of original familiar rhythm and resonant tone. This unit plays uncharacteristic tune with their original style, while they parade through stage. Their avant-garde mode of expression is not only music performance, but also interpretation and costume. They appeared on popular TV show (NHK, Nippon-Television), and performed at various events. In addition to this, they take place kind of sports festival with live music, they named “Musical athletic festival presented by O-Na-Ra-Shoukai”. Audience enjoy their performance with “ears”, “eyes” and also “by joining”.O-Na-Ra Shoukai impart delight to everyone from children to adult.